Tens of thousands of people are currently working on the development of autonomous vehicles in the Netherlands. A total turnover of billions has an expected growth rate of 10 to 20% per year.

When it comes to putting new mobility concepts into practice, the Netherlands tops a comparative ranking of countries worldwide. Key issues addressed include shared mobility, autonomous driving, digitization, e mobility and, above all, both the regulatory framework and the infrastructure that enable such innovations. In these areas, the Netherlands is leading by example. By contrast, Germany has fallen back to a mid-table fifth slot, with the US in tenth place. These are the findings of the second "Automotive Disruption Radar", in which Roland Berger regularly investigates the automotive industry’s transition to a forward-thinking mobility service provider. To this end, around 11,000 consumers were surveyed in eleven countries: China, Germany, France, the UK, India, Italy, Japan, the Netherlands, Singapore, South Korea and the US.

Compared to the first Radar, the most obvious changes this time around affect customer interest, technology and regulation. In all three categories, Asian countries – namely China, Singapore and South Korea – are leading the way. Singapore, for example, has lowered the bureaucratic barriers to autonomous driving and launched experiments with self-driving tourist buses and driverless trucks. If these trials go well, the city-state could make a major breakthrough in innovative traffic concepts.

“The future belongs to autonomous driving – first and foremost in Asia,” says Marcus Berret, head of Roland Berger's global Automotive Competence Center. “While countries like Singapore are stepping on the gas in the area of legislation, traditional automotive markets such as Germany are right now more preoccupied with damage limitation in the wake of the diesel scandal.” The "Automotive Disruption Radar" nevertheless shows that drivers themselves are very open to change: 45% of respondents worldwide expressed an interest in autonomous driving. 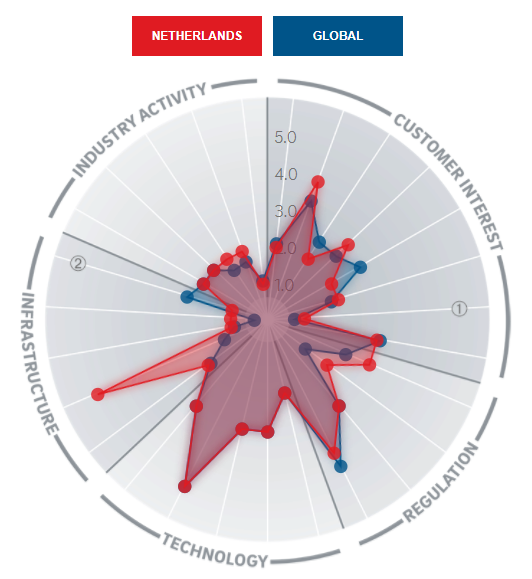